When the Town incorporated, state statutes required a Town Marshal be named. For organizational purposes, Ned Curtis was chosen as the first Town Marshal. Lester Naumann, who succeeded Ned Curtis, became the first working Town Marshal. Marshal Naumann relied on the Maricopa County Sheriff’s Office, the Phoenix Police Department, and the Scottsdale Police Department for response to multiple calls, when additional deputies were needed, and for report forms. As the Town grew, more deputies were hired and the Town Marshal’s office became more self-sufficient. In July 1981, the 24-hour communication center was started, and in the following year, the Council authorized the purchase of a central alarm system that enabled residents to have a quicker police response to emergencies. 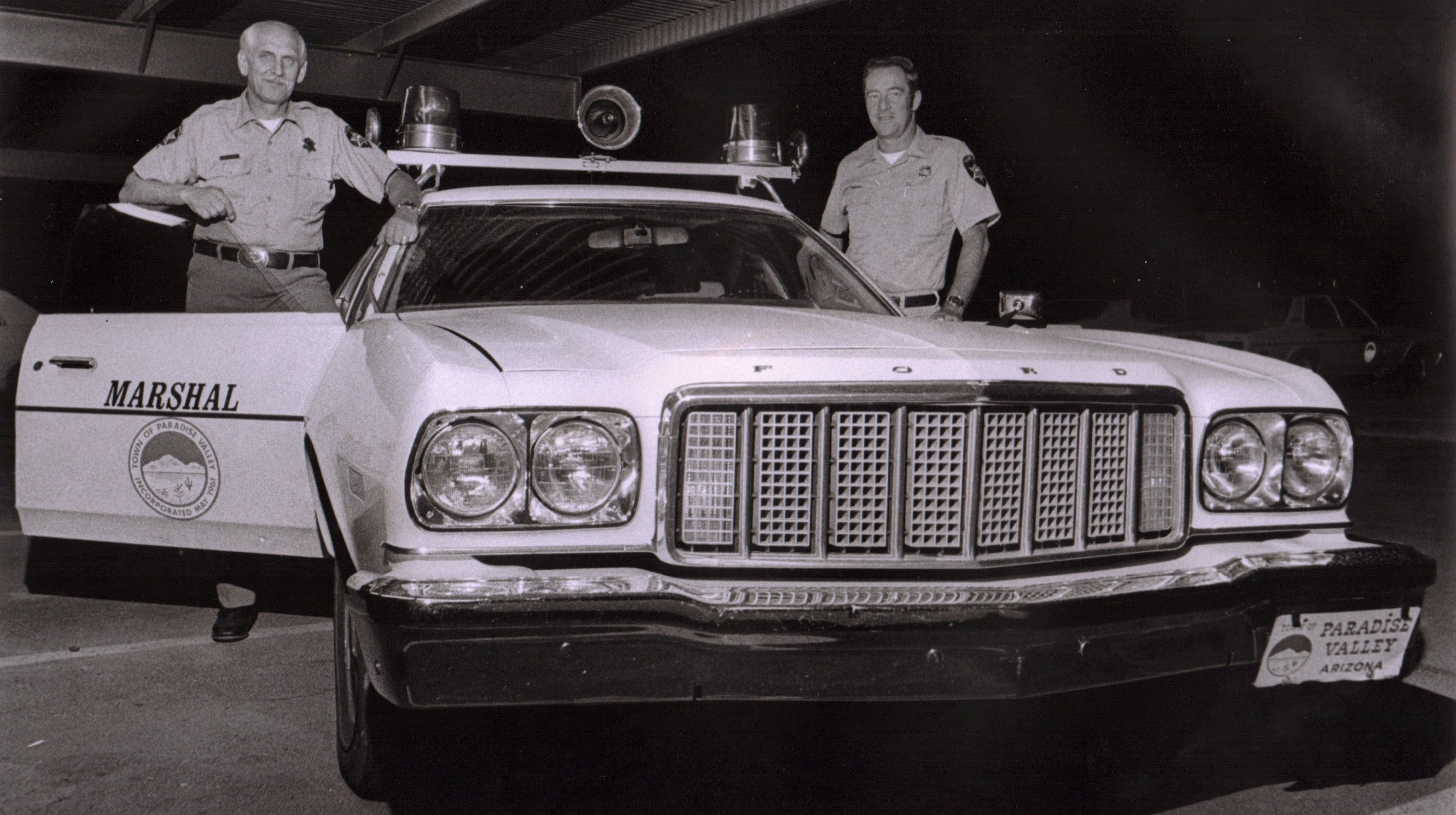 Reserve deputies Clarence 'Doc' Roeming on the left and Bill O'Connor on the right standing with one of the Town Marshal patrol vehicles. 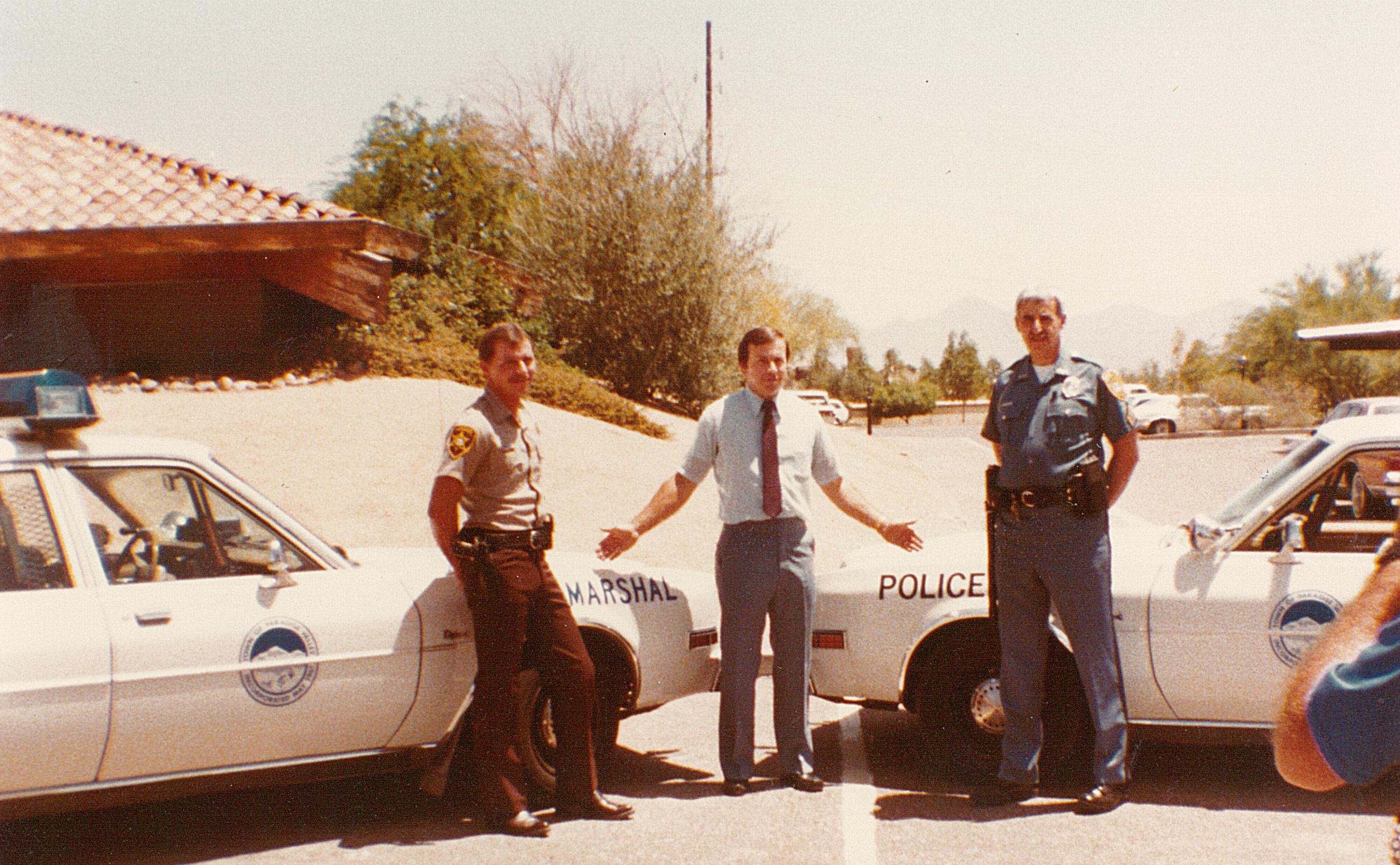 In 1987, the Town Council approved the use of a photo radar traffic monitoring system. Paradise Valley would become the first town in the nation to use such a system. In November 1993, the Town became the testing ground for a new photo radar system called the Auto Patrol. Later on the Town installed a red light camera at the intersection of Tatum Boulevard and Lincoln Drive to discourage drivers from running red lights. Both these devices have proven to be effective in slowing traffic and reducing vehicular accidents by 47% while traffic volume has increased 5-8% per year since 1987. The Town will continue to use state of the art technology for traffic control. 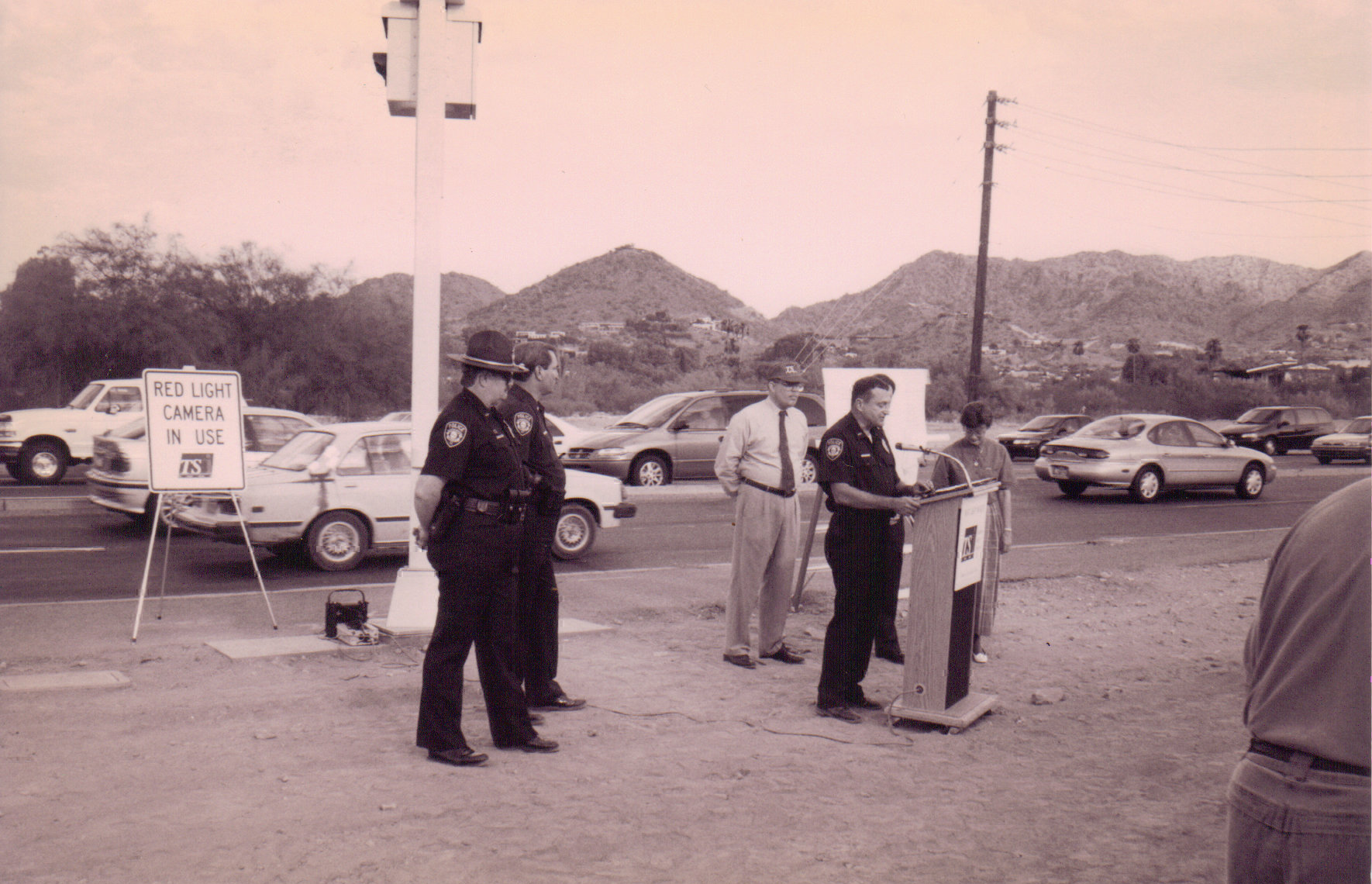