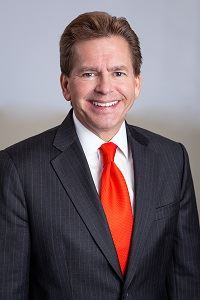 Vice Mayor Mark Stanton is serving his third term as a member of Town Council.

In 2014, 2016, and 2020, Mark was elected to serve on the Paradise Valley Town Council. In that volunteer position, he has been an advocate for public safety, fiscal accountability and quality of life initiatives.

Mark has built a career in the private sector working in leadership positions with several public relations and marketing agencies before opening his own communications and marketing firm. Previously, he has served as Chief of Staff for Maricopa County Board Supervisors - District 3 and as Deputy Director for the Arizona Office of Tourism, overseeing Arizona’s national and international marketing and economic development initiatives to promote tourism. Mark was also instrumental in coordinating and planning the 2012 Presidential Debate that was hosted in Arizona.

He was selected by The Phoenix Business Journal - as a “Forty-under-40” business leader, recognized by The Public Relations Society of America (PRSA) for outstanding achievements in media relations, crisis communications, multicultural communications, special events and marketing communications. He served as past chairman/member on the State of Arizona Personnel Board, graduated from Scottsdale Leadership Class XVII and is a Life Member and past president of the Scottsdale Charros, a non-profit group committed to youth and education causes. Mark earned a Bachelor of Arts Degree in Mass Communication and Political Science from the University of Denver. He and his wife Barb are raising their son and daughter in Paradise Valley.