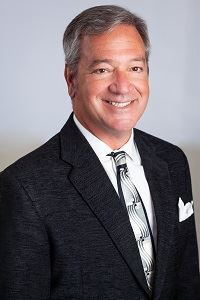 Council Member Paul Dembow is serving his third term as a member of Town Council.

Council Member Paul Dembow has served the Town as Vice Mayor and now is in his third term as a member of Town Council. He is the only Council member elected in over three decades without spending a penny during the campaign.

Paul E. Dembow has served the world’s largest entrepreneur’s organization, the Entrepreneurs Organization, on the local appointed to the regional board and ultimately the Global board (in over 100 countries). Paul grew a family-owned manufacturing business from 8 employees to hundreds and sold it in 2015. Too restless to retire, Paul purchased and started other businesses.  Paul has an active interest and ownership in several companies that sell consumable products. He also owns a brand consulting company that helps brands grow and protect their supply chain and hone their business strategies.

Paul has served on Paradise Valley Town Council since 2010, Vice Mayor of the Town, Global Board of the Entrepreneurs’ Organization, Committeeman for Legislative District 28, CEO of a branding supply chain company, president of his home owner’s association and several boards. Paul’s focus has sharpened his contract analysis and planning capabilities, as he negotiates and implements complex projects. Paul’s unmatched work ethic, eye for business best practices and exceptional ability to read and manage people is an intangible value he brings to his various roles.

Paul is an avid hiker and enjoys traveling. He is actively involved in the lives of his five adult children and grandchildren. Paul is driven, has high energy, can disagree without being disagreeable; he plays well with others and is a leader in every possible way.