The Town of Paradise Valley (Town) is regulated under the Arizona Pollutant Discharge Elimination System (AZPDES) permitting program because it owns and operates a small MS4 (municipal separate storm sewer system). MS4s (as defined in 40 Code of Federal Regulations [CFR] §122.26[b][8]) include any publicly owned conveyance or system of conveyances used for collecting and conveying stormwater that discharges to “waters of the United States” (WUS).

Illicit discharge – What is it? 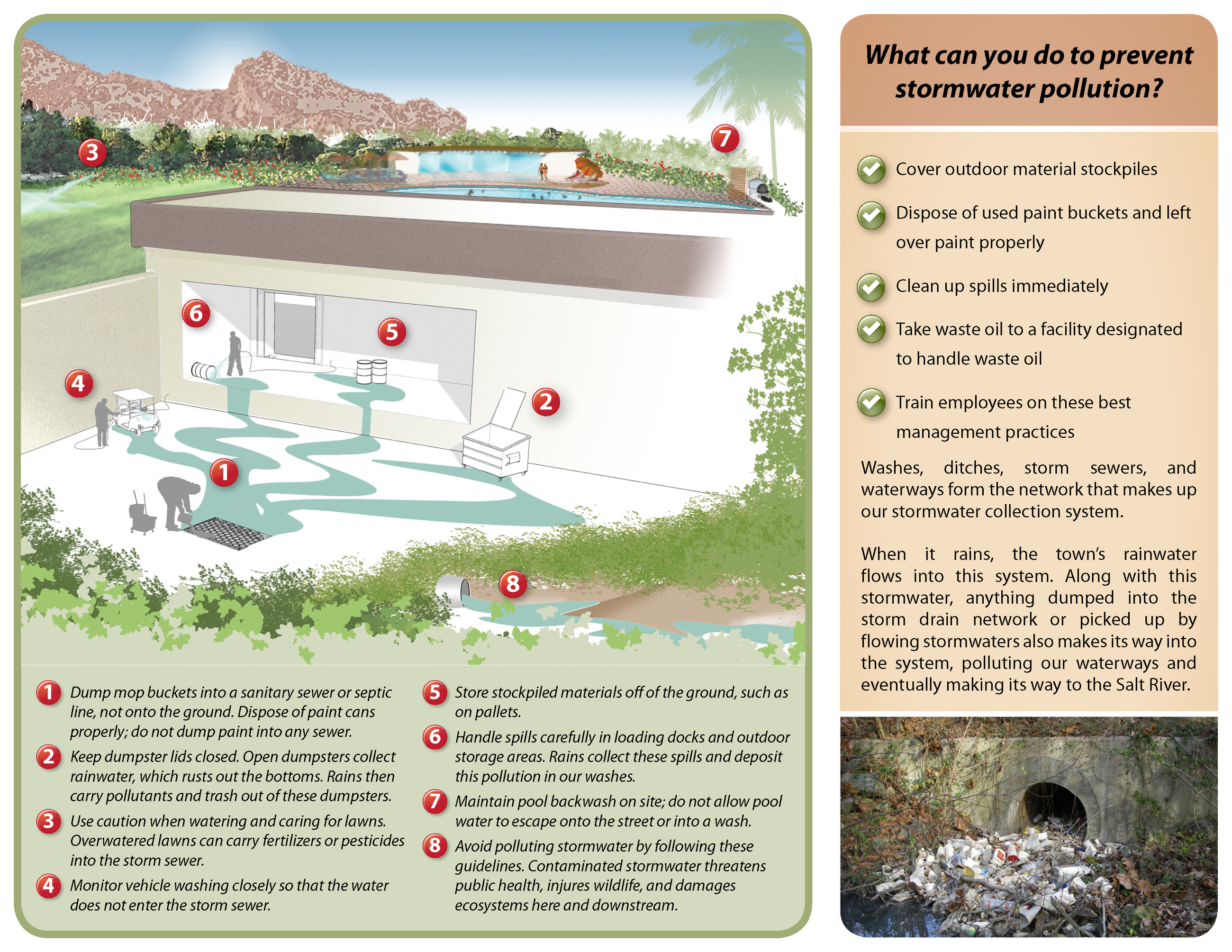